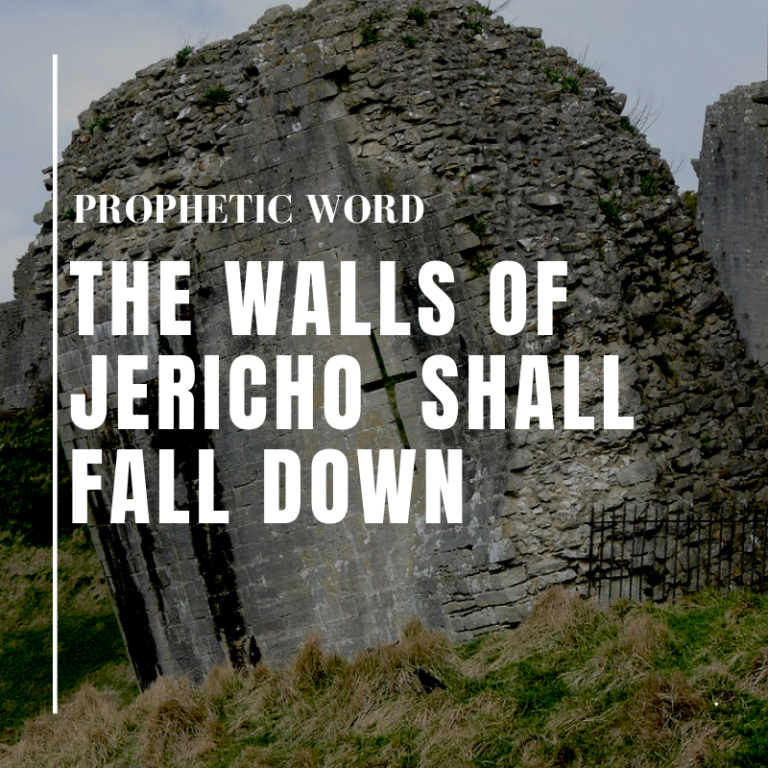 At last Joshua and Israel were on the promised land. There were still battles ahead and the main city Jericho to take. Joshua was by himself, walking around. Maybe he was thinking about those battles or planning how strategically besiege Jericho. Then he looked up and saw a man standing in front of him with sword in his hand. He came close and asked a question, “Are you for us or for our adversaries?’. The man answered that he was neither, but He was the commander of the Lord’s army. Joshua fell with his face to the ground asking what the Commander wanted him to do? The Commander of the Lord army asked Joshua to take off his sandals, for the place where he was standing was holy. Joshua did as he was told.  (Joshua 5:13-15)

When Joshua asked, “Are you for us or for our enemies? The Lord answered him, “Neither”. Why? Because the issue was not on whose side the Commander was, but the issue was on whose side Joshua was. That is so deep. If you can grasp that truth, it will change your entire life. It is not about the Lord taking sides. He knows which side He is on. It is about us and how we portray God in our minds.

Prophetic Word for June 2019 – You WILL Overcome

God will Turn it Around for Your Good

Is God Slow Concerning His Promises?

Yesterday I went to celebrate Pentecost. A person who was leading asked us all to wait for the Holy Spirit with expectation. We were silently standing. In that quiet moment, I saw a vision. First I heard different instruments and march, like a winning army march. Then I saw Jesus. He was sitting on the horse, as the King, and as the Captain General. He was not riding on the floor, but on the air. He did not turn his head left or right. He was passing through aisles towards the stage. The procession was continuing until the leader of the church started praying. Then the vision had stopped. Then the leader said, “What a peaceful atmosphere”. I smiled because what I saw it was not quiet at all. It was a celebration with many colours, beautiful melodies, harmony. It was a triumphant entry of the King of kings.

We need to renew our mind daily. We need to stop being victims. When we see ourselves as victims, we step into the enemy’s territory. Step into God’ side, the side of God’s promises. See your promises fulfilled. See yourself healthy. See yourself prosperous. See yourself joyful.

The Commander came to Joshua to encourage him. The Lord is encouraging us. Even though a giant, great, huge ‘Jericho’ with thick walls is threatening you, threatening your health, relationship, job, finances, ministry, family, the Lord is with you as your Captain, as your General  as the King of kings. When you stand on God’s side, Who is always for you, the walls of Jericho will start trembling, crashing, cracking till that final moment of a complete falling.

The walls of Jericho SHALL fall down! Amen.

2 thoughts on “The Walls of Jericho SHALL Fall Down”