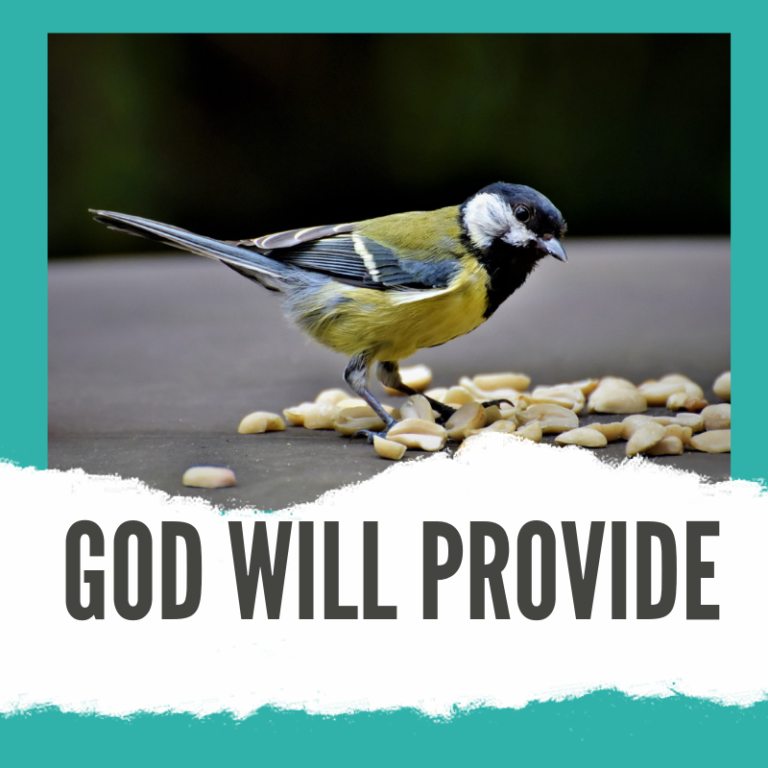 Our God is a miracle working God, whose kingdom is not a scientific kingdom but a supernatural kingdom. Miracles, signs and wonders are natural with Him. Divine intervention in times of need is not a big deal to Him, and so He is able to meet your needs, whatever they may be! God CAN and God WILL provide!

It seems like this is your last day, and there is no more tomorrow. You even do not know how you can survive tomorrow because of what you are going through right now, but the Father does not want you to be discouraged. The Bible says to encourage ourselves in the Lord. I hope you will be encouraged as you read this story.

The Bible chronicles the story of a widow who was in a difficult financial situation.

2 Kings 4:1-7 “A certain woman of the wives of the sons of the prophets cried out to Elisha, saying, ” Your servant my husband is dead, and you know that your servant feared the Lord. And the creditor is coming to take my two sons to be his slaves.” So Elisha said to her, “What shall I do for you? Tell me, what do you have in the house?” And she said, “Your maidservant has nothing in the house but a jar of oil.” Then he said, “Go, borrow vessels from everywhere, from all your neighbors—empty vessels; do not gather just a few. And when you have come in, you shall shut the door behind you and your sons; then pour it into all those vessels, and set aside the full ones.” So she went from him and shut the door behind her and her sons, who brought the vessels to her; and she poured it out. Now it came to pass, when the vessels were full, that she said to her son, “Bring me another vessel.” And he said to her, “There is not another vessel.” So the oil ceased. Then she came and told the man of God. And he said, “Go sell the oil and pay your debt; and you and your sons live on the rest.”

What an experience! You would agree with me that God met the woman’s needs and surpassed her expectations. And not only that; the creditor must have been shocked. A debt so great that it will require two sons to become the creditor’s slaves in order to settle the debt, since she had no money. God is just so amazing. He can surely provide for you! It is His delight to provide for His people. No matter what you are going through right now, God will turn it around for your good. He did it for the widow and her sons, He will do it for you.

Five Lessons from the widow and the prophet

The story in 2 Kings 4:1-7 holds a number of lessons for you, that can be useful for you, when applied in a time of great need.

1. The widow believed in the ability and power of God to provide for her. She knew, from past experiences, that miracles still happen and that is why she sought the prophet Elisha in order to enquire from him.

2. The widow believed in the Lord and she believed His prophet (See 2 Chronicle 20:20)

3. She acted on the prophetic instruction she received from the Lord’s prophet, even though the instruction was ridiculous i.e she was already indebted, yet she was instructed to borrow many vessels! (See 1 Corinthians 1:25)

4. She acted promptly and quickly. For she knew that delayed action might rob her of her miracle. (See Isaiah 1:19)

5. She didn’t announce the prophetic instruction to her neighbors, neither did she on social media. She kept it personal and obeyed and received her miraculous provision!

1. To demonstrate His love and goodness:  In the book of Genesis, God demonstrated His love by providing for Hagar and Ishmael, when the water they had was used up! Genesis 21:19 “Then God opened her eyes, and she saw a well of water. And she went and filled the skin with water, and gave the lad a drink”.

2. To demonstrate His power: God demonstrated His power to the children of Israel by providing food for them in the wilderness where there were no farms, markets and grocery stores! Exodus 16:4 “Then the Lord said to Moses,” Behold, I will rain bread from heaven for you. And the people shall go out and gather a certain quota every day.” Every food that man needs to nourish his body comes from the ground, yet God, in His mighty power, gave food from heaven! Yes, God is powerful enough to provide all you need! Remember He made the heavens and the earth with all that is in it. Psalm 24:1 “The earth is the LORD’s, and all its fullness, The world and those who dwell therein.” There are numerous accounts in the Word of God where God supernaturally provided for His people, and He can do the same for you today! (See Exodus 16:11-21)

3. To demonstrate His wisdom: God shows His wisdom in the way He provided for His people in the book of 2 Kings 6 & 7. The people were experiencing famine because the enemy besieged their city. None could go out and come in freely. All commercial activities were brought to a stop. But by the Word of the Lord, spoken by the mouth of His prophet Elisha, supernatural provision was released, God thus showing His wisdom to provide! He uses lepers to provide for an entire city!

2 Kings 7:5-8,10,16 “And they rose at twilight to go to the camp of the Syrians; and when they had come to the outskirts of the Syrian camp, to their surprise no one was there. For the Lord had caused the army of the Syrians to hear the noise of chariots and the noise of horses—the  noise of a great army; so they said to one another, “Look, the king of Israel has hired against us the kings of the Hittites and the kings of the Egyptians to attack us!” Therefore, they arose and fled at twilight and left the camp intact—their tents, their horses and their donkeys—and they fled for their lives. And when these lepers came to the outskirts of the camp, they went into one tent and ate and drank, and carried from it silver and gold and clothing, and went and hid them; then they came back and entered another tent, and carried some from there also,  and went and hid it. So they went and called to the gatekeepers of the city, and told them saying, “We went to the Syrian camp and surprisingly no one was there, not a human sound—only horses and donkeys tied, and the tents intact. Then the people went out and plundered the tents of the Syrians. So a seah of fine flour was sold for a shekel, and two seahs of barley for a shekel, according to the Word of the Lord.”

Can God provide for me?

Psalm 78:19 “Yes, they spoke against God: They said, “Can God prepare a table in the wilderness?”

Yes! He is more than than able to provide for you. Remember, He is able to do exceedingly abundantly above all that you can ever ask or think, according to His power that works in you (See Ephesians 3:20)

However, you must do the following in order to enjoy His provisions:

1. Absolute Trust. You cannot look to God and look to man at the same time. Your heart must be fully prepared to look to no other source, but God. Remember, He calls those things which do not exist as though they were… and they appear! (See Romans 4:17) God will share His glory and praise with no other, that is why you must trust Him fully. You must have total confidence in His love, power and wisdom and rule that frustration out of your life!

2. Prayer and obedience. Pour out your heart to God in prayer and listen for any instructions He might give you! Follow His leading and He’ll provide your needs. If He tells you to fast, then fast. If He leads you to make a sacrificial offering, then do it! Remember the wedding at Cana of Galilee, where they ran out of wine to entertain the guests and they needed a miraculous provision? Mary, being a woman of wisdom who understood the ways of God, said to them, “Whatever He says to you, do it” (See John 2:5)

3. Praise and thanksgiving. Let not complaints come from your mouth! Complaining is entertaining the devil and his thoughts. Rather, be full of praise, joy and thanksgiving! In the midst of that need, bring out your tambourine and dance to the Lord! It sounds crazy but it works! God has provided many times when His people praised Him! Praise is an act of faith, and God always responds to faith. Psalm 106:12 “Then they believed His Words; They sang His praise.” Are you in need of supernatural provision in any area of your life? After having trusted in Him with your whole heart and having prayed, begin to praise Him consistently for His Word and His faithfulness and watch Him provide your needs!

4. Seek first His kingdom. Be an active participant in the expansion of His kingdom. Preach the gospel, seek to convert sinners from the devil’s counterfeit kingdom to God’s marvelous kingdom. God is a loving Father and knows all your needs. But He doesn’t want you to worry unnecessarily about them Matthew 6:33 “But seek first the kingdom of God and His righteousness, and all these things shall be added unto you.”

Miracles, signs and wonders are natural with God. It doesn’t cost Him a dime to provide your needs. And He surely will, because He is ever faithful and He does not fail!

I hope this word has encouraged you. I would love to hear from you. Please send your story in the comments below.

2 thoughts on “God Will Provide”