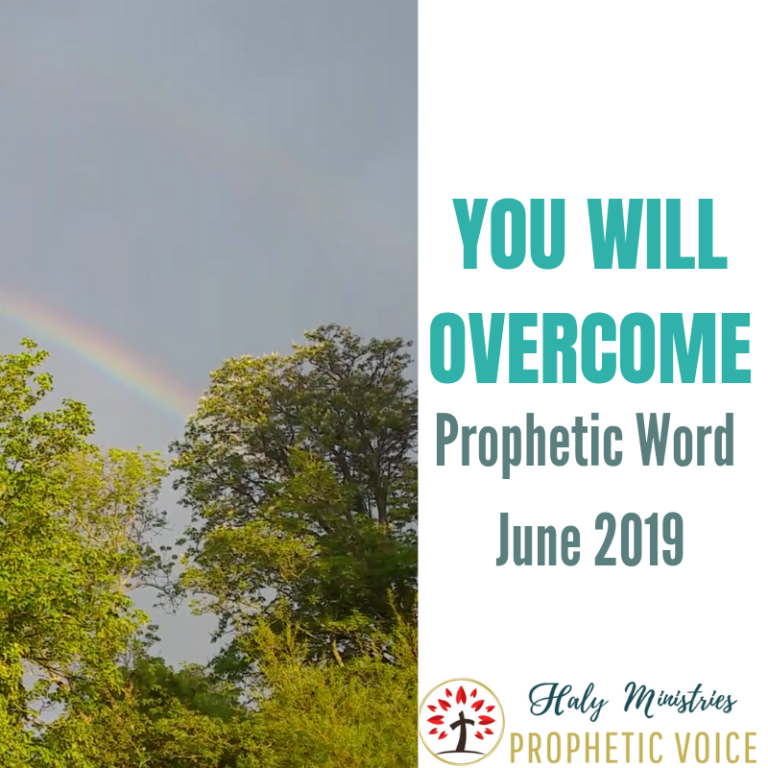 I asked the Lord to give me a vision for June Prophetic Word 2019. The Word says, “Ask and you shall receive”. I thank God He always answers our prayers and I praise Him for outlining what is happening right now and showing what to do in each situation. Thank You Jesus! ❤️

Let us pray, ask God to reveal what He wants to tell us through this vision, and apply His steps into our own lives.

Night Vision – You Will Overcome

You came into a house, there was a man sitting at the desk with a laptop. You were looking for that man. Then you pointed at him and said, “You are a scam. You are a scam.” You were withdrawing yourself into another room, while during your withdrawal a woman entered the room where the scam guy was. She heard what you said and she told to the scammer that you did not have rights to call the scammer that name. She said she was going to deal with that. She, demonic correctness, entered the room where you were, but she could not say anything or address the issue. She was not by herself. There was a small crowd with her, and they started speaking in a different language. You understood the language and spoke back. They were terrified because you knew what they planned.

You left, looking for that ‘scammer’. You confronted him, but now you wanted to drive him out of your place. You entered the garden and saw a small ball which belonged to the scammer. It was rolling towards you. There was a man in the garden and He asked a question, “Are you looking for so and so. (He named him but I cannot remember). He is a troubler. Is he troubling you?

During that conversation, you knew exactly where to look for the scammer and you knew he was not alone. You went into your house, opened the door and saw on the right side there was the scammer sitting, typing something on a laptop, scamming people, scamming you. On a couch there was a woman, sleeping – a sleepy or drowsy spirit.

You had so much strength inside of you. You grabbed that scammer and threw him out of your house, shouting, “Get Out.” You also threw the scammer’s belongings too. Then you came to the couch. That drowsy spirit was so sleepy. You felt that on you. But you did not spare. You had Samson’s strength inside of you. You grabbed the drowsy, sleepy spirit and threw her out, shouting, “Get out”.

It was like a movie with a great end. The end of a big achievement.

What Can This Vision Teach Us?

First let’s look at what the word ‘scammer’ means. A scammer commits fraud or participates in a dishonest scheme, by tricking people. He is a swindler, who uses deception to deprive someone of money or possessions.

The Father asked me to visit Swansea in Wales and a small town called, Loughor. Loughor is where the Welsh Revival took place. The Father wants to revive, to restore, to nourish you, to make you whole.  When I arrived at Swansea, I decided to take a walk and on my way, I saw a beautiful rainbow. While I was still walking, I saw two rainbows.

The Father says, “I am giving you strategies from heaven. I am uploading My truth into your heart and you will prevail against all the tactics of the enemy. You are going to walk in My truth and you will see your way will be cleared out.  It is My intention to see you walking in My truth and with My authority driving enemies out of your life.

Be alert. Be prepared. Stand strong. I am the Lord, your Rock. I am training your hands for war, and your fingers for battle. I will encourage you. Make Me your devotion. Make Me your fortress, and I will subdue your enemies under you. I will give you My supernatural strength to deal with your fears.

Be strong, and do not fear. Take the shield of faith, and with the authority I have given you, trample on those snakes and scorpions which are coming against you. You will OVERCOME! You will overcome ALL the power of the enemy. And did I not say? NOTHING, absolutely nothing will harm you.”

This vision, the rainbow, the Word from the Father are sending us a clear message, that God will turn it around for your good. He is going to revive us. You are going to be revived in your spirit, soul, body, finances, relationships. You will have His supernatural strength to drive your enemies. For it is not by your might nor your power, but by His Spirit. (Zechariah 4:6)

I hope this June message has blessed you. It has blessed me. You WILL Overcome by the power and strength of God. Amen.

7 thoughts on “Prophetic Word for June 2019 – You WILL Overcome”