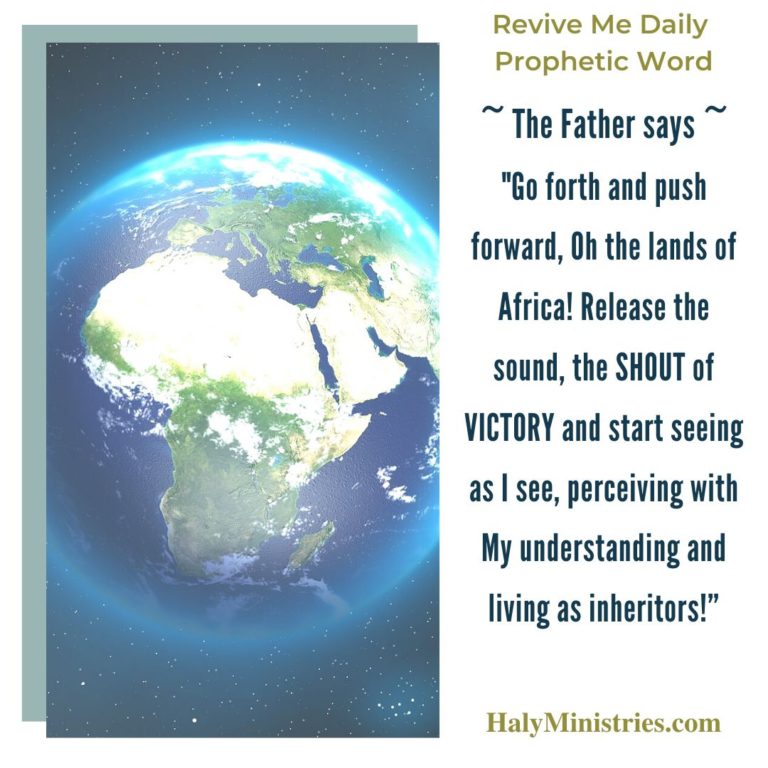 The message to the lands of Africa has been for quite a while in my heart. The continent has been struggling for so long. The Lord wants to see a change and He will do it if people of God listen!

These days, a new sound will be released! Why sound?

Before taking Jericho, Israelites should not say a word but just march around the wall, the city, until at the last day, the seventh day, after the seventh time, musicians had to blow their trumpets. What were those trumpets? They were the ram’s horns, called shofar. “Blow trumpets” is translated as “a remembrance of shouting”.  A Sound with a SHOUT! It was not just a blow, it was a SHOUT.

The Father says, “The world thinks that you are the least of the least or 3rd world countries. You might look very low in people’s eyes but not in Mine. The corruption, unwillingness, and very dirty games have been brought by self-promoted shepherds of My people. The pledge was big but the delivery was small, and mostly not existent.

I have seen over the years the dirty tricks on My people. There were and still are many wolves tearing the prey, by shedding blood and destroying lives in order to get dishonest gain. Over the years the change was a little, and when there was that change, another tragedy came into your lands.

As I sent the musicians at Jericho who led the people, I am going to send a new sound, musicians from every corner of your lands to lead My people. This sound will bring the shaking, the removing, the falling. But that is not the end. The sound will also bring building, reconstruction, healing, promotion.

I am looking for those who want to come to the front line to make the sound happen! The sound is to restore, and put forth the new beginning! There are no words that can utter what the sound can! The new sound will reflect My strategy, My heart, My voice, My battle plan!

As the veil of the temple was torn in two from top to bottom to give access to the Holy of Holies to all and you included, I am going to tear down the veil, the curtain which separated the poor from the rich in your lands. As Elijah overthrew the prophets of Baal, you will overthrow every wickedness, witchcraft in your country.

You can’t look at yourself with the hand always reached to get something. You must look at yourself as the one who gives. You might desire to move out, to change a location, to run away, but My call to you to stay and start again with a new vision and My wisdom!

Moses also ran and thought it would be better for him where he was until I AM called Him from the burning bush to go back to his land, to his inheritance! I AM calling you, Oh the lands of Africa! You are not a 3rd ranked continent! You are not the least of the least, you are Mine and I have bought you with the price. And because I have bought you with the price, with the Blood of My Son, do not become slaves of people! I have set you free from your slavery! You are not a slave but My sons, My children and if you are My children, then you are heirs of God, and you also inherit all the Christ is and all the Christ has!

Go forth and push forward, Oh the lands of Africa! Release the sound, the shout of victory and start seeing as I see, perceiving with My understanding and living as inheritors!”

May the Lord bless you, protect you and prosper you the lands of Africa! Amen.

2 thoughts on “Prophetic Word – Shouts of Victory Across Africa”