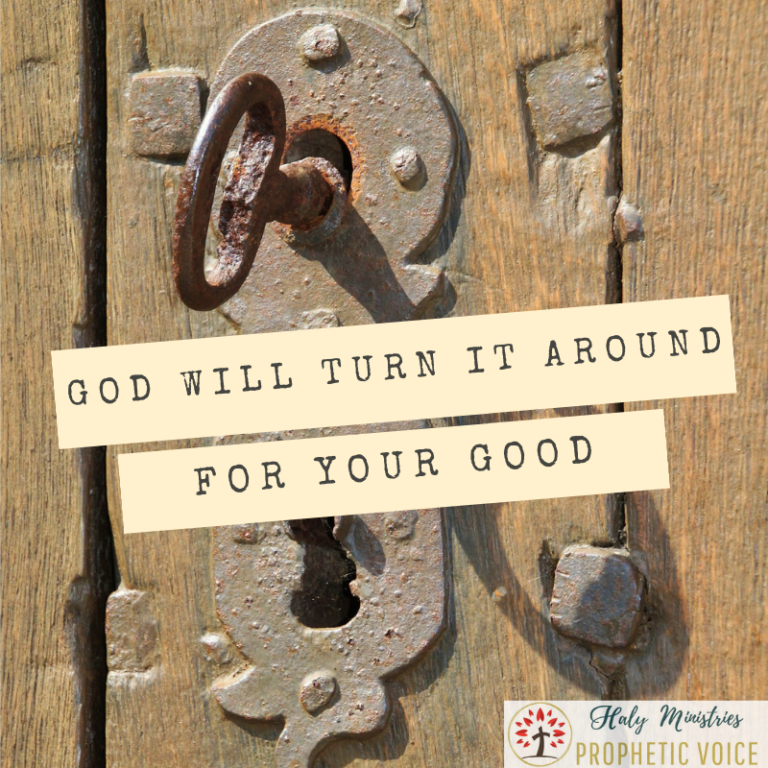 In the end, I will turn things around for the people. Zephaniah 3:9 (MSG)

Have you been going through tough times recently? I tell you, you are going to see things are turning around for your good. You will see the salvation of the Lord!

In Genesis we read the story about Joseph. He was shown great dreams about him and his future. God showed Joseph he was going to be a great leader one day. (Genesis 37:6-7; 9). Would you be excited to receive this kind of message from the Lord Himself? Would you announce this to your family and friends? Why not? I do not think Joseph shared the great news to look down on his brothers and family. Joseph believed those dreams were from the Lord and he simply shared them. But sadly this sharing did not do good to Joseph. He was rebuked by his father, and his brothers hated him even more. They did not like him and was jealous of him because he was their father’s favourite son but when he told them they were going to bow down to him, they hated him even more.

He was sold into slavery by his brothers, accused wrongfully by Potiphar’s wife, imprisoned.  What would you do in the midst of these circumstances? Would you give up? Joseph went from bad to worse, and finished in the prison, in the worst condition. It looked like there was no way he was going to be free again. Those locked doors probably talked to Joseph, telling him he was a slave, and he would never get out of there. But in the middle of that chaos, I believe Joseph was standing on God’s promises. He was reminding himself of that vision which God gave him, and he was encouraging himself that no matter what he was facing, God was going to fulfil what He had promised.

Joseph’s life was about to change. He met the chief butler and the chief baker of the king of Egypt who did not please Pharaoh and were thrown into prison. They both had a dream but no one could interpret it. So Joseph asked them to tell him their dreams. He prayed to God and asked for interpretation. The interpretation was so spot on: baker lost his head and the butler was restored back to his position. Probably Joseph thought, “this is my chance to be free from imprisonment.” Joseph asked the butler to remember him but he was forgotten again and heard nothing from the butler for two years. Until… Pharaoh himself had a dream and asked magicians of Egypt to interpret it, but there was no one who could.

Here is Joseph’s moment! The time has come! The day has arrived! Pharaoh sent for Joseph to bring him in. The rags were taken off, the royal robe was put on. Pharaoh had not seen anyone as wise as Joseph in his kingdom. Joseph not only interpreted the king’s dream but was also promoted. He was given the position of being the most influential man in Egypt, after the king.

The Father says: “You want to walk through, but a huge mountain of problems, grief, poverty, burnout is standing in your way and you are thinking the mountain would never move out of your way. You say, ‘It is too much, I cannot bear it anymore. Father, where are you? Get me out of here.’

Do not lose your heart and do not grow weary. Do not abandon your vision. Keep believing! Keep looking to Me!

This mountain might laugh at you, but he who laughs last, laughs best.  There will be joy coming because the big mountain is about to collapse before your very eyes. What are you great mountain? In front of My child, you will become a plain.

Do not worry! Nothing will stand in your way. Everything will become a level plain before you.  My vision for your life will be completed! The chains which are holding you will be loosed. The door of your imprisonment will be opened.

I am going to take you out, from your imprisonment to your freedom and promotion. I will turn your worst situations around for your good. Strengthen yourself! I have the keys. I am opening the door before you. You are going to walk out of prison and walk into the realm of My blessings.

You are walking through! And who would dare to stop you?”

In Acts 5:19 is written: “But at night an angel of the Lord opened the prison doors and brought them out.”

God is not slow concerning His Promises. God is sending His angel and he will open the prison door. God will turn your worst situation around for your good. Nothing can stop you to walk in victory. Jesus Christ has overcome your enemies. Fear, Poverty, Sickness are moving out of your way. Healing, Deliverance, Life in Abundance are coming your way!

Have you been blessed by this word? Send me your testimony in the comments below. I would love to hear what the Lord is doing in your life.

4 thoughts on “God will Turn it Around for Your Good”