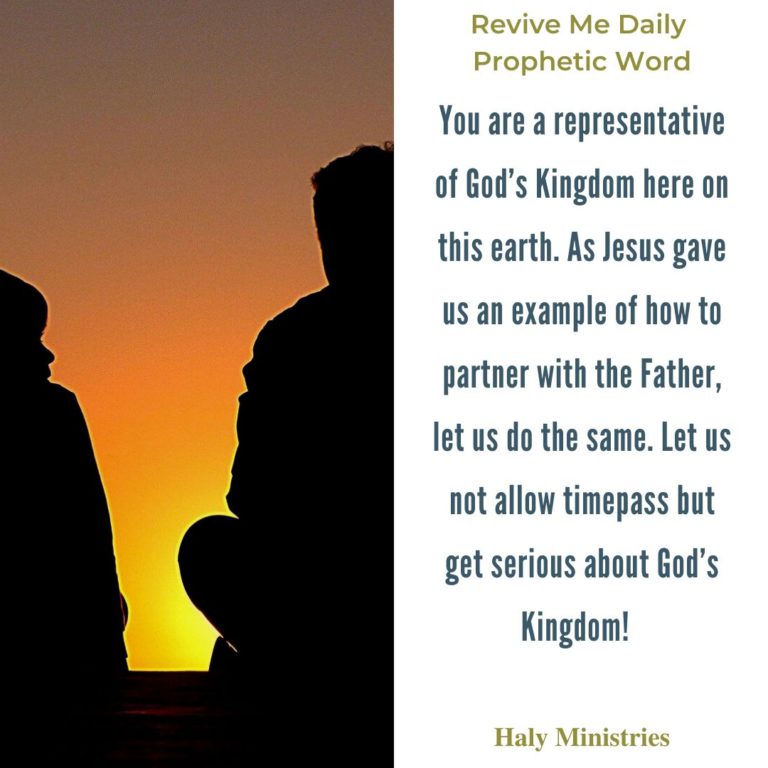 The word for today is, “Invitation to Partnership with God”.

In Matthew 6:33 the Lord is saying to us to constantly seek the kingdom of God and His righteousness. And when we do that, He has promised that other things will be given to us abundantly.

In the Orthodox Jewish Bible, the word ‘Kingdom’ is described as Malchut.

That is our God. He is exalted as King of kings and Lord of lords but at the same time in His character there is humility. Which earthly king had two in one?

There was so much misconception about our Heavenly Father and still is. I am so glad that Jesus came and He revealed the Father’s heart. When we look at Jesus, we see the Father. What we read about Jesus, we read about the Father. We can’t separate them. They are One. They carry the same characteristics and humility is one of them.

When you talk about Jesus, you see love. Our Heavenly Father is the same. He is love. There are so many verses describe Jesus as humble and gentle at heart. In Philippians 2:8 it says that Jesus, the King, was found in appearance as a man, humbled Himself by becoming obedient to death – even death on a cross! Have you heard of an earthly king who would die instead of his subjects? But Christ did. We all deserved death but by the mercy of God received forgiveness. And we are not just the King’s subjects, we are His sons.

In the Kingdom of God’s realm, you receive abundant blessings and you are as His son, who reign with the King. You are taking part in what the Father is doing. You are His representative here on this earth. No matter where you are, at home, job, shop, street… – you are God’s representative. You represent God’s Malchut here on this earth. Jesus gave us an example of how to partner with the Father. So, let us do the same. Let us not allow timepass but get serious about God’s Kingdom!