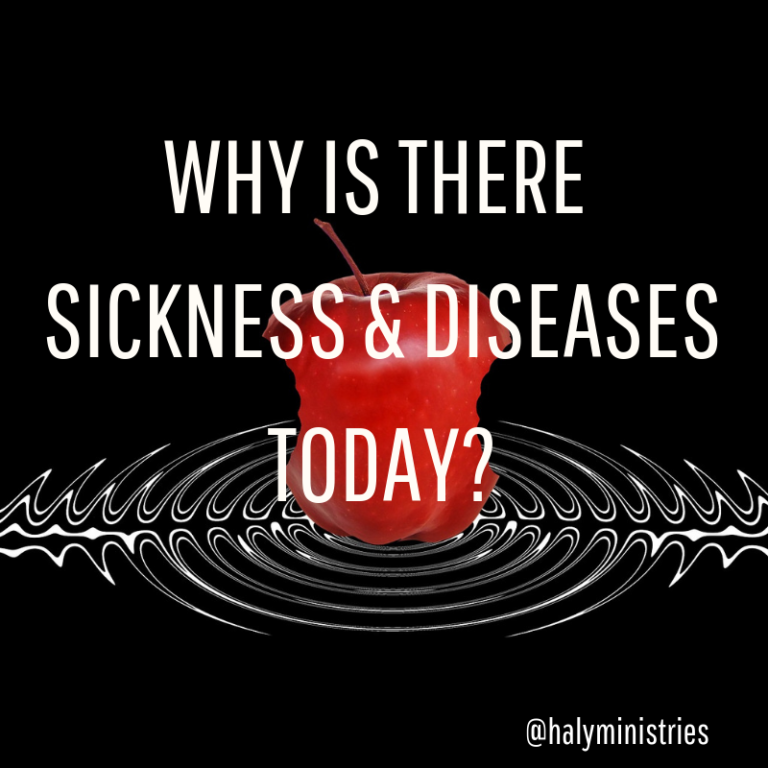 For many centuries, each person born to the human race has been greeted with the shocking reality that their body is vulnerable to have abnormalities which has caused much pain and heartbreak to themselves and those who love them. Mankind has over the years sought for lasting solutions to this menace. At the centre of this quest for a solution, is the enquiry into the origin of diseases and sickness. In this regard, man has undertaken critical and meticulous investigations and researches on the cause of sickness and diseases. Much progress has been made over the years and man has gone on to institutionalize the pursuit of good health. Systems have been built to sustain the advancements made and accelerate the processes. Different types of bodily conditions have been explained to be caused by other tinier living things called microorganisms and some others have been traced to chemical and genetic disruptions. While for others, however, there is still no explanation as to why they occur, we only have statistics of their occurrence and we can calculate the probabilities of their occurrence.

Even with all the facts as to how diseases occur and the information about the causative agents, one would still think, “How come it happened to be this way? How come the system of nature allows for chemicals to go out of balance? How come other creatures are harmful to us? Who designed this system? Why isn’t it another way? Has it always been this way?” Questions upon questions will continue to pour from the mind of a sound man should be considered the matter.

The Bible is for Every Situation

One fact we know of is that none of us alive today witnessed the beginning of the earth. So, we can only study the materials and information that has been left from years back. As believers in Jesus, we know that we can find answers to questions from the Bible, God’s Word. The Bible has been proven to be reliable in other situations. It is no doubt that those who believe in the Bible have experienced supernatural encounters that medical and physical science has not been able to explain.

Years ago, verified reports were made of a missionary to South Africa, John G. Lake who walked in so much supernatural healing that he was called a doctor. Once it was said that there was an epidemic outbreak in which a particular virus killed those that came in contact with body fluids of contaminated persons. Lake volunteered to have the virus put on this body and upon examination under a medical device, the organisms were found dead. This could not be explained by medical science and so, it couldn’t go into medical textbooks. Here is his testimony. Many more of these have been the experience of a countless number of people. What do we say of St. Patrick, Paul the Apostle, Smith Wigglesworth, A. A. Allen and the Lord Jesus Himself?

This follows therefore that there is a civilization that man has not come into which is beyond the third dimension. Preacher, David Yongi Cho calls it the fourth dimension. As man advances he begins to discover greater dimensions of realities he never knew before.

You remember that in the art of war, at a period in time, the battles were won by the strongest of men; for the battle relied heavily on the men who were in combat. As civilization advanced, tools and weapons of war came into existence and now strength was no more the determinants of the turn of the battles; strength gave way to superior battle weapons. Later on, more sophisticated, machines came to play. Armored vehicles, guns, fighter jets, and all took over. Yet again because man understood this technology enough, the textbooks of war needed a review. Later warfare became heavily dependent on intelligence rather than machines with the introduction of chemical and nuclear weapons.

There are realms of civilization that man has not handled yet. As believers, we are ahead of the natural man as we have access to the “fourth dimension.”

The question of why sickness and diseases exist in the world will now be examined from the standpoint of the higher realm through the scriptures.
It is paramount that we understand the origin of the world first in this quest.

Why do Sickness and Diseases Exist?

In the creation in Genesis, God the creator looked at everything He had made and said “Good!” To God, “Good” was good, that is, void of any evil at all. Man was made a living Soul when God breathed a spirit into the body of the man. Making man three dimensional: a spirit living in a body with a device called the soul. There were no cases of disease, sickness or even aging until Adam & Eve fell out of the glory of God and left the garden. It is worthy to note that Adam, while in the garden was ageless. He just lived without a clock to measure his age because time did not count for him. It was after he left the garden of glory that he began age 1 and he lived 930 years! What happened to his body in the garden? His body contacted the properties of his spirit which could be corrupted by sickness. After he sinned, though his spirit died and his body became responsive to the elements of the earth which includes aging, sicknesses and diseases.

Sickness & Disease Came Through the Fall

So sickness was not part of the original plan of God it came through the fall. For at the fall, the angels sent Adam and Eve away from the garden, sealed the entrance and Satan became the ruler of this world. Satan operates through his demons. Demons can place a sickness on a person. The medical scientists will observe the person and find disease-causing agents but the life in these organisms was sponsored by demons. Many times when Jesus healed the sick he would cast out a demon. “[Jesus] was teaching in one of the synagogues… there was a woman which had a spirit of infirmity… was bowed and could in no wise lift up herself… Jesus… laid hands on her: and she was made straight” (Luke 13.11-13). There you go! Demons can cause sickness.

A normal human is not any different from the lady tormented by demons. There are still demons in this world. Many people who are sick due to demons today may or may not have the illnesses corrected by medical science, but the orchestrators remain demons.

Jesus is Your Only Answer

By the work of Jesus however, they have been rendered impotent to the believer in Jesus but they don’t go away until they are commanded to. It follows then that a believer can be afflicted by the activities of demons and as long as he keeps enduring he would suffer on. But when the believers man up and begin to take his place by believing God’s word and speaking it.
Wonderful promises can be found in the word. Sickness being the consequence of the fall was abolished by the death of Jesus Who Himself took our infirmities and bare our sicknesses. (Matthew 8.17) “Who his own self bare our sins in his own body on the tree that we being dead to sin should live unto righteousness: by whose stripes ye were healed.” (1 Peter 2.24)

God’s word categorically says that just as the sickness of the believer has been taken away, so has the sickness been nailed to the cross and it dies there. Why then do believers also have sicknesses? This puzzle is an old one in Jeremiah 8.22, the cry sounds “Is there no balm in Gilead? Is there no physician there? Why then is the health of the daughter of my people not recovered?”

Since the scripture says that our sicknesses and infirmities have been taken away, then they have been taken away. As God forgave your sins 2000 years ago, He also healed your diseases the same hour. “God is not a man, that he should lie; neither the son of man, that he should repent: hath he said, and shall he not do it? or hath he spoken, and shall he not make it good?” (Numbers 23:19) The Days of Miracles & Healings are for TODAY!

Paul says to the believer to “reckon yourselves dead to sin” (Romans 6.11). Now, if indeed Christ dealt with the sin of man the same way He did with the sickness of man then we out to view both of them the same way. We must, therefore, reckon ourselves free from sickness and diseases. It won’t be without a fight though and that why Paul adds to Timothy to fight the good fight of faith (1Timothy 6.12).

I know of believers who do not fall sick at all. They don’t have any reason to resort to drugs at all. I have been so graced by the work of Jesus. It is pivotal on the ability to see yourself in the light of the truth of scriptures.

The believer must stand his ground however in the midst of seemingly hostile situations and agree with God for then is the power of God released to bring his counsel to pass. Trust Jesus! Trust His Word! Hallelujah!