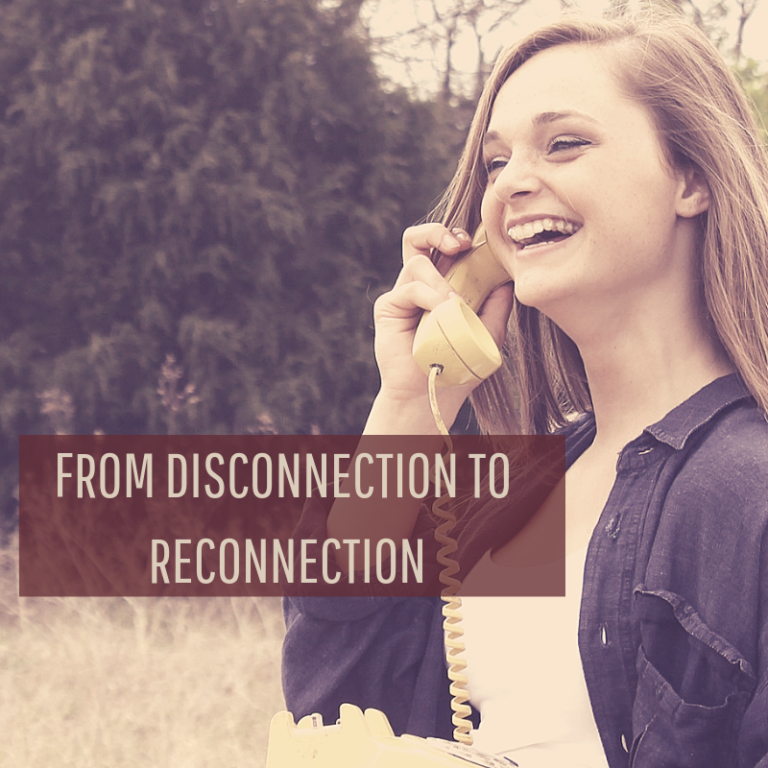 Have you been disconnected with your family members, friends, people who were important to you in the past, or felt lonely in your relationship? I have got the good news for you, God is going to reconnect you again.

Before releasing this Word, I went out to pray. I already felt it was about reconnection, but I wanted Him to reaffirm it, or if there was anything else He wanted me to say.

While I was still outside I got a message on my phone. It was from my friend who I met at a Christian Healing Ministry I worked for. The last time I saw my friend was almost 7 years ago. I was at her wedding. I have not heard from her since. She changed her location, contact number.

And today while I was thinking about reconnection, God reconnected me with her. This also was a confirmation, that that is what on God’s heart for you. He wants you to be reconnected again.

In the Bible, there is a story about Jacob and Esau, twins There was a disconnection between them both.  Esau sold his birthright to Jacob for a bowl of stew. Then by craftiness, Jacob took the blessing which supposed to be spoken by their father Issac over Esau. Instead of Esau, Isaac blessed Jacob. Of course, Esau was mad. He was so angry because instead of him, the blessing of his father Isaac had been given to Jacob. He planned in his heart to kill Jacob, after his father’s death.  Rebekah, their mother, knew what Esau planned and she sent Jacob to her brother Laban in Haran and told him to stay with him until Esau’s anger calms down. (Genesis 27:41-45)

Probably Rebekah and Jacob thought it was not going to be too long and they would see each other again. Little did they know, it took Jacob 20 years to return back to his own people. I can imagine how Jacob’s heart was bouncing on his return. He knew he had to meet his brother again, but did not know what the outcome of that meeting would be. Would he and his family be alive? Would Esau forgive him? By the grace and mercy of God Jacob was reconciled to his brother. Esau ran to meet Jacob, threw his arms around him, and kissed him.

It took 20 years for Jacob to be reconnected to his family again. He was back to his land, back to his people, back to his inheritance. And he did not come back by his own, and empty-handed. He had a big family with him and was enormously rich.

As God did it for Jacob, He will do it for you too. Do not lose your heart, or be troubled.

But listen to what I say, ‘I am taking disconnected and broken wires of your relationship, and wiring you up. The light will shine into the darkness, and the darkness can never extinguish it. The broken relationship will be restored. The connection between you and your family will be restored. You are on the road to reconciliation and reconnection. I am going to reconnect you back to your children. I am reconnecting you back to your parents. I am strengthening and deepening the relationships between you and your family. The lost connection with your friends will be restored. You are going to receive messages from your children, you will get phone calls from your friends. You will be meeting with those who you’ve lost contact with. The broken relationship between husband and wife will be put back together again.

Take Me at My Word! I am going to fulfil it and it will be sooner than you think.’

I would love to hear from you. If this message blessed you or you have a story to tell, please write in the comments. Thank you.

2 thoughts on “From Disconnection to Reconnection – Prophetic Word”